It is now official that Hyrien will discontinue the service Hyrien Tournaments immediately. 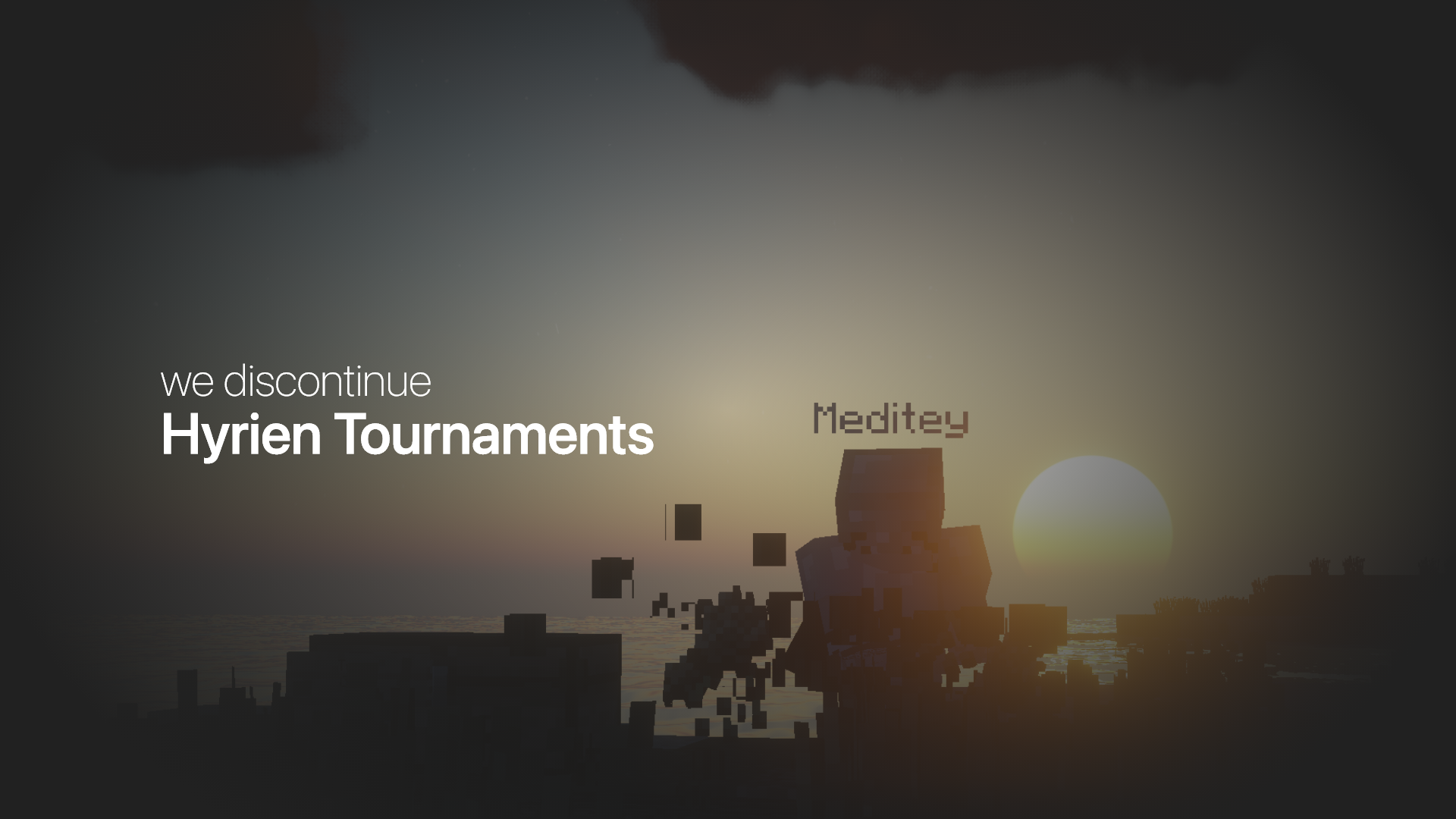 Bronx, New York — Effective immediately, Hyrien is ending the service Hyrien Tournaments after more than six years.
Over 50 Minecraft projects counts the service and well over 500 registered participants and is the cornerstone
of the company. With exciting battles and peaceful landscapes, users could participate in tournaments and projects every year.

"In the future, we would like to focus more on two bigger services and improve them as much as possible.
One would be HyFM, where we are working on different improvements and features, and the Minecraft server,
which will be released later this year. For this reason, we, the leadership have
decided to discontinue the service," says Chief Executive Officer Kimi Reichardt.

However, there is no end to Minecraft projects says Hyrien and
will continue to host some exciting and new tournaments, but in conjunction with the Minecraft network,
thus this should be seen as a merger rather than a complete discontinue.​
Last edited: Jun 15, 2021
Kimi Reichardt
Chief Executive Officer since 2015